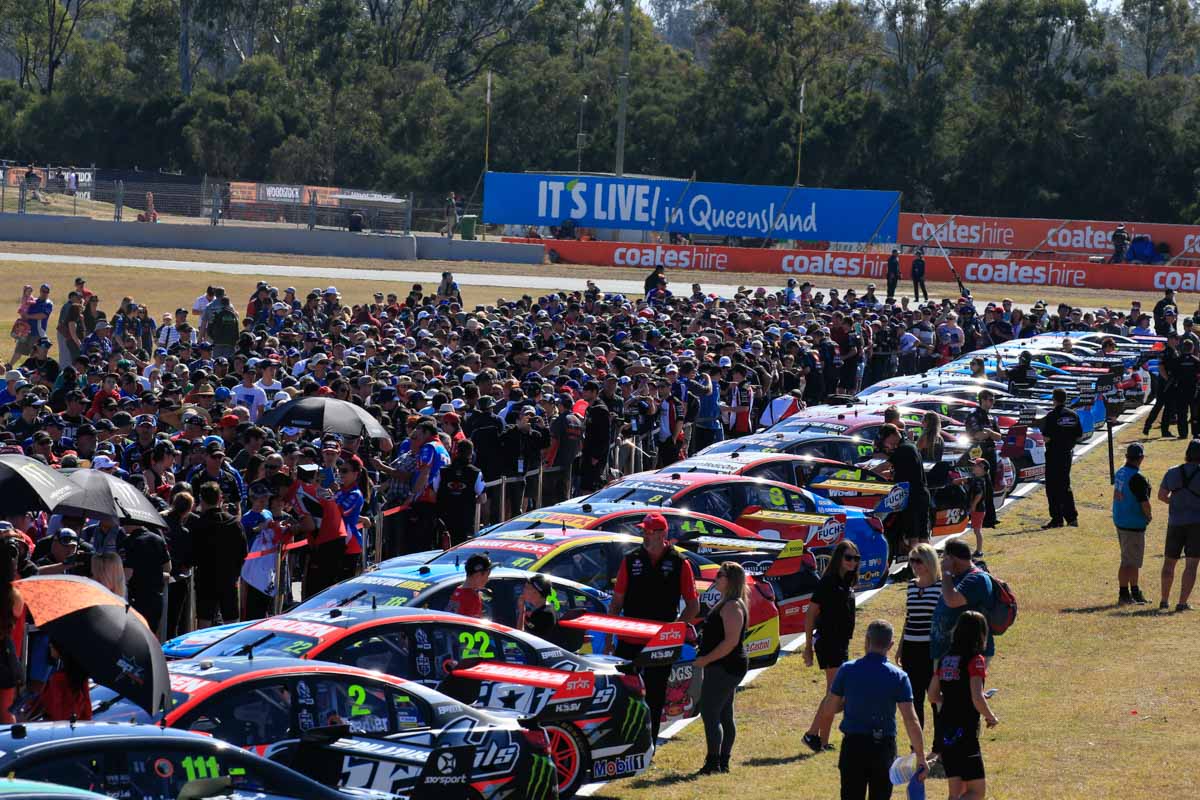 The “Paperclip” as its known has had exciting races in the past and sometimes processional races. On the weekend there was a bit of both. Starting off on Friday’s practice, we saw the first real hit out of co-drivers with the Endurance races looming. It’s definitely a tough gig for the co-drivers this year with next to no testing allocated and if some of these drivers aren’t competing in another category, then they are really getting thrown in the deep end. I am making a bit of a prediction here that the Championship this year will be dictated by the 3 endurance races and in particular their co-drivers. With so many points up for grabs over these events and the Championship Points table still fairly close, the co-drivers will have a major bearing. There will be huge pressure on them to perform and not make any mistakes. Tough ask when they have had little miles in the car. For more on this, see my Fox Motorsport “Enforced” segment from the weekend when it’s posted on this site for my full views on testing.

Qualifying for Saturday’s races was fairly predictable with the Pro Drive cars again very dominant. The only surprise being Craig Lowndes qualifying fastest in the second race. It’s good to see Triple 8 gradually finding speed and taking the fight back up with Pro Drive. We interviewed both Roland Dane and Tim Edwards on the Fox Sports Panel over the weekend and great to note a mutual respect for each of the teams and what they are achieving between the two and more importantly, not sighting things like “aero” or anything else technical in fact, being the reason for the current situation. Just admitting that the Pro Drive team are doing a better job and Triple 8 have to lift their game. Good to see and hear.

Race 1 was actually quite exciting with a lot of hard and fast racing up and down the field and everywhere you looked there were big moves going on with elbows out. In particular there was a great battle with Chaz Mostert and Shane Van Gizbergen right from the green light with both drivers using plenty of aggression but keeping both cars on the black stuff. Even better was watching these drivers get interviewed after the race and neither of them whining or moaning, just saying it was good hard racing and each giving as good as they got. Maybe a few others could take note of the attitude of these two drivers!

I tipped Winterbottom for the race 1 win because I knew starting grid 2 on the outside, cleaner part of the track he would get a better start and he did, straight into the lead and never headed. Mark is definitely driving like someone that wants that Championship and is doing everything right to get it.

Race 2 on Saturday was a lot more sedate which surprised me because usually the soft tyre races make for better racing. That’s the problem with both the hard and soft tyre, they are too durable and there is not enough deterioration and I hope that V8 Supercars take note of this when they are doing the soft and super soft tyre evaluation later this year.   We definitely don’t want to make the tyres too hard-wearing, we want deterioration, that way for the pit stop races it will produce more strategy and the shorter Super Sprint races will be more about how the driver manages the tyre deterioration putting it more in their hands.

Winterbottom again led from start to finish, but this time was pushed very hard by a resurgent Craig Lowndes. The pace of the Triple 8 cars on soft tyres was actually quite good and it would have only taken a small slip up from Winterbottom for Lowndes to get past, but Frosty didn’t put a foot wrong and I have to say, leading a race with that much pressure is incredibly difficult, knowing that you can’t make a single mistake, so in my books that was a job well done.

It seems to me that the biggest advantage that Pro Drive have is their ability to be fast on both the hard and soft tyre. From what I see, other teams are either fast on one or the other but not both which is where the issue lies. Once you get to the pit stop races where both tyres are to be used, these teams are going to and have struggled.   This time it was Mark Winterbottom’s teammate, Chaz Mostert time to shine. He was never really headed and it was the pace on the hard tyres that won him the race. I was keeping an eye on the lap times throughout the whole race and Chaz was lapping just as fast on hard tyres as what most around him were doing on softs. Without any safety cars there was no way Mostert was going to be run down. Unfortunately the race did spread out and a NASCAR style competition yellow would have been quite handy, I still reckon V8s should look at this to keep the racing closer. After all it is all about the entertainment. That’s pretty well how it ended with another strong result from Lowndes in second showing he had good pace and Winterbottom picking up more points in third.

A couple of notable surprises to me, was firstly Whincup. I can’t see why Lowndes has picked up his game and Whincup still seems to be struggling. He definitely didn’t have the qualifying speed and Lowndes seemed to have him covered even in race speed. There must be a bit of soul searching going on down there on the Number 1 car.

The other was Shane Van Gisbergen in the Tekno team car. I don’t know what’s happening down there lately but what started off as a promising year, is definitely becoming unraveled and I can see frustration on Shane’s face as he should have been a real Championship contender this year. It’s not like Shane has forgotten how to drive so something is definitely not right with that car.

So that was Ipswich. A reasonable weekend of racing and overall it is starting to narrow down who the Championship contenders are going to be for 2015.

Sydney Motorsport Park is the next round and unfortunately for everyone else that is not in a Pro Drive car, that circuit is going to suit them to a T. The only thing the other competitors can hope for is rain, which could very well happen.

Cheers for now and keep checking this website for news and reviews.